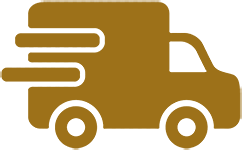 Free uk delivery on orders over £100

Stunning mounted fossilised floating agate stone set within beautiful frames.  These are beautiful standalone or configured into a grouping.  Available to view at our Lifestyle Showroom in Berkhamsted.

Agate gets it’s name from the place where it was first located in ancient Sicily. The philosopher Theophrastus found an agate stone when walking along the shore of the river Achates. Agate meaning differs from civilisation to civilisation. Ancient Islamic cultures believed that agate could ward off the evil eye and tragedies. Similarly, Babylonians also believed that agate properties could be used to dispel evil energy. The ancient Egyptians, however, believed agate meaning to refer to as many things as protection against natural disasters like lightning, protection from thirst and as having the ability to deliver powers of speech. Persians also believed that agate stone could be used to defend against storms. The power of agate gemstone to the ancient Chinese was more internal. They believed that agate crystal meaning was one of spiritual protection, and could stimulate one’s life force while cleansing their mind to make space for good luck and fortune. By the Medieval times, the belief surrounding agate properties was that it could deliver a plentiful harvest if tied to the horns of an oxen.

Free Delivery for all orders within the UK over £100.